Most people had written off Argentina after their opening defeat to Saudi Arabia. Including myself. But Argentina rose to the occasion, first defeating Mexico 2-0 and now Poland 2-0 on two goals by Alexis MacAllister and Julian Alvarez. Poland were a big disappointment, except for the great Wojciech  Szczesny, who in the first half saved a completely inexistant penalty from Messi (amazing that you can justify a wrong call with VAR).

So Argentina win the group ahead of Poland, who just squeezed through ahead of Mexico on goal difference. It was a pity for Saudi Arabia that they did not go through after defeating Argentina, but it does seem that it was indeed a one-off. Tata Martino's Mexico were impossible to like, so in the end Poland were the best team to go through in what in the end was a relatively easy group for Argentina.

Argentina will enter the knock-out stages with two victories and a defeat. The same as France (who lost to Tunisia), and despite their opening match defeat to Saudi Arabia continue to be a candidate for the title. They have weaknesses in defense and will have to play well to defeat a well-organised and hard-fighting Australia.

But I am delighted to have been proven wrong (so far) about Argentina! 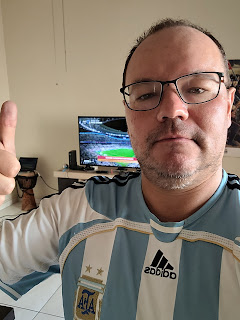