Football is not important, but football can take a stand, and that is what Poland's football players have taken in terms of deciding to boycott their World Cup qualifier against Russia in March. In case Russia is awarded the match, they will face Sweden or the Czech Republic, and Sweden have already also announced that they would not face Russia either.

Potentially, this could qualify Russia directly to the World Cup. And why is that? It is because FIFA has taken no stand as to what to do, and knowing FIFA's lack of courage in these situations, one has to assume that Russia is on its way to Qatar until a clear stand is taken.

Russian players and fans are great; I can say it from experience, from the fantastic time and people I met in Russia in 2018 during the World Cup. But football and politics are intrinsically linked, because football is part of wider society, and cannot be separated from its problems. Russia's government must be isolated for its blatant and aggressive invasion of Ukraine, and although football is just a small thing, Russia must be suspended. 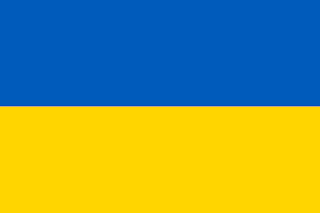 I have just spent an entire lazy Saturday morning watching some great Premier League action during which Manchester City's apparent hold in the first spot has been weakened, put excitement into the league.

First I watched Liverpool defeat Norwich 3-1. Despite going down 0-1, Liverpool showed the same cool professionalism by which they defeated Inter in the Champions League and came back on a spectacular goal by Sadio Mane, a goal by Mohammed Salah, as well as a cool finish by the new signing Luis Diaz to score his first goal for Liverpool (a shame that he cannot score for his native Colombia).

Liverpool are on second spot and had six points up to Manchester City before the Manchester side were to face Tottenham at home, who are still fighting for a possible European spot. But everyone knew it would be a difficult match as Manchester City has been looking strong at home, but only after four minutes Tottenham's new Swedish signing Dejan Kulusevski made it 0-1 on a quick buildup by Harry Kane and Son Heung-Min. As Manchester City pushed forward one was expecting an equalizer and it came by the way of Ilkay Gundogan after a mistake by Hugo Lloris in the Tottenham goal.

After this I at least was expecting Manchester City's constant pressure to bear fruit but instead in the second half Tottenham's counterattack proved deadly again as Son splendidly found Harry Kane who first-timed to make it 1-2.

City continued attacking against a defensive but fighting Tottenham, who continued threatening on the counterattack (and in fact got another Harry Kane goal cancelled for a hair-thin offside). Two minutes into added time City got the equalizer on a well-taken penalty kick by Riyad Mahrez. Anyone would be forgiven to think that that was it, but Tottenham had another attack where a splendid cross by Dejan Kulusevski found Harry Kane's head and 2-3 for Tottenham.

Except for Manchester City, many are probably happy with the result: Harry Kane has not scored many goals this season, but his fourth and fifth season goals came in this crucial game, and he will be needed as Antonio Conte's side tries to get to Europe. Liverpool are surely also happy, as they are one match short with six points up to City, who may be feeling the pressure.

And in the end football fans like myself are happy that the Premier League continues to offer us so much excitement on a lazy Saturday morning in San Salvador!

Senegal has won their first African Cup of Nations title ever in an intense final against Egypt. Egypt has reached the final on a strong defense; every play-off match went into extra time, and the side managed by Carlos Queiroz appeared to believe they could win the title in the same way.

And they almost did: in a prelude of what was to come Senegal got a penalty kick at the start of the match, but Sadio Mané's hard shot was saved by the Egyptian goalkeeper from Zamalek, Gabaski.

Gabaski was simply splendid throughout the match, and caught everything that got through the otherwise strong and organised Egyptian defense, and as the match went into extra time and penalties with the score 0-0 one had to wonder whether Egypt's plan would work with a goalkeeper that seemed invincible on the day.

But Senegal deservedly prevailed in a nerve-wrecking penalty competition, despite one excellent save from Gabaski on one of the Senegalese shots. But with one shot on the post and a save from Edouard Mendy (perhaps the best goalkeeper in the world at the moment, although Gabaski clearly outshined him today, and very unusually, but deservedly, was made Man of the Match) gave Sadio Mané the opportunity to shoot the victorious penalty kick for Senegal, soon forgetting the penalty kick during the match.

It was the best thing for African football that Senegal won, as they have been the best team throughout the tournament, and despite feeling sorry for Gabaski, Egypt were simply a team defending their way through the tournament. It was also great to see an African manager, Aliou Cissé, managed his side to the title in a continent where too many second rate foreign coaches have managed teams.

It has been a good tournament, but now ten of the teams must look forward to the World Cup playoff matches in March. In fact, Senegal and Egypt will be facing one another for a spot in Qatar in a repeat of today's final, so one of the teams will be missing out of the World Cup. I hope it will be Egypt and would be delighted to see Senegal continue their celebrations!

The rebirth of FC Barcelona?

This has not been an easy season for FC Barcelona. Ronald Koeman had to leave in November and was replaced by the former Barcelona legend Xavi to start a reconstruction. With a very talented side I think it was only a question of time before they would return to the top, and today they were playing the defending Spanish champions of Atletico Madrid in a match where both teams are fighting for the fourth spot in la Liga (they are behind Real Madrid, Sevilla and Betis).

An outstanding Barcelona side played as a team that belongs to the top again. Their recent new player on loan from Wolverhampton, Adama Traore, showed that he is there to make a difference, while the veterans Jordi Alba and Dani Alves played leading roles (both scoring). 4-2 was the final score of a splendid match between two splendid teams, and perhaps this match will be remembered as the rebirth of Barcelona in the post-Messi era.

Two days ago I was among the Salvadoran fans supporting their team in their last attempts to qualify for the World Cup as they were facing the team of the moment in CONCACAF, Canada.

Despite the stadium not being full, the passionate fans created a great atmosphere, but in the first fifteen minutes the atmosphere did not help the home team as Canada dominated with a high pressure, and were only prevented from scoring due to a couple of great saves by the FAS goalkeeper Kevin Carabantes. But slowly the Salvadorans worked themselves into the match, and when it reached halftime the score was a deserved 0-0.

Second half started well for El Salvador who was putting more pressure on the Canadians, although they were missing obvious chances. During one excellent attack Bryan Tamacas was taken down in the Canadian area in what I considered a clear penalty (and after seeing it on TV I still consider it a clear penalty where the Canadian defender never touched the ball, but directly took down the man), but the referee, who had a really bad night, did not call the penalty. An awful decision, and in the next minutes Canada's Atiba Hutchinson scored one of the strangest and luckiest goals I have seen (and in fact in the stadium it was hard to see what happened exactly, and I have had to see it a few times on TV): following a cross a struggle between Eric Zavaleta and Hutchinson made the ball jump to the outside part of near post. Hutchinson fell on the goal-line and the ball fell on his back as he lay down, and jumped a strange curve from a very sharp angle into goal. There was some controversy as the linesman had waved the flag for a possible foul, but the referee correctly called the goal.

Respect for Canada, but that was incredibly lucky; it took some of the air out of the Salvadorans who appeared disorganized, while the Canadians now focused on defending and pulling the rhythm out of the match. That said, in the last minutes El Salvador created two big chances, the latter a spectacular shot that was just saved by Milan Borjan in the Canadian goal.

And as often happens when one is pushing forward in the last minutes, Canada struck back on a counterattack to make it 2-0 in the last seconds of the match (just as they had done when defeating the USA 2-0 on Sunday): a very sloppy throw-in by Enrico Dueñas was caught by the Lille striker Jonathan David who rushed towards goal and was ice-cold to score.

Jonathan David confirms that he is a striker on fire!

The match thus ended in disappointment for El Salvador, who had played a good match, but just hadn't the luck or the referee to pull a tie, which would have been much more deserved. They can still mathematically qualify for the World Cup but it appears extremely unlikely: they need to win every match, while both Panama and Costa Rica must lose all their remaining matches. But both against the USA (1-0 loss), Honduras (0-2 win) and this match the team has shown good qualities, and they should look forward to keep improving.

In the meantime I can say that I saw the strongest team in CONCACAF. Despite the luck Canada are a strong and organised side with excellent players, and they come through three important victories in this round of qualifying (USA, Honduras and El Salvador), remain the only undefeated team, and they are almost sure to qualify to Qatar (they only need one victory in their last three matches). 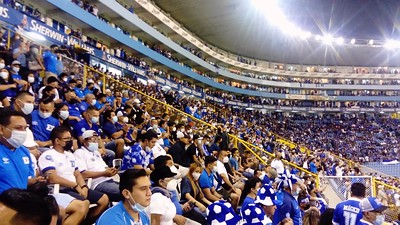 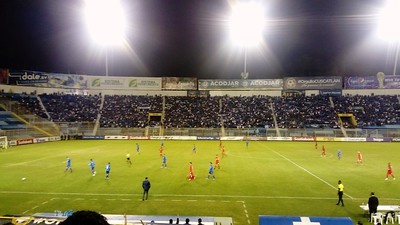