Qualified and not qualified

We are in the last stages of the World Cup qualifiers.

In Europe two decisive playoff matches saw Portugal and Poland qualify by defeating North Macedonia and Sweden respectively; both were 2-0 home victories. The Macedonians were never really close to pulling another surprise against the Portuguese, while the Swedes play without fantasy or passion, and will not really be missed in Qatar. One team remains to qualify: Wales will face the winner of Scotland-Ukraine, which was postponed due to the war in Ukraine.

In South America there was little to play for for everyone but Peru and Colombia. A victory for Peru against Paraguay would put them in the play-off match, while Colombia had to defeat Venezuela and hope that Peru did not win. Both Peru and Colombia won, but it was not enough for Colombia, who will be missed in Qatar (I am personally very sad not to see them qualify), but they only have themselves to blame for missing another World Cup (the last they missed was 2010). Peru in the meantime is going into a play-off match in June against Australia or the United Arab Emirates. It seems it will be Australia, and against them I think Peru's chances will be 50-50 of making it to their second World Cup in a row.

In Africa there was enormous excitement as the second legs of the playoffs took place with some upsets. Firstly, Nigeria will miss their first World Cup since 2006 when they only managed a 1-1 at home to Ghana, who I am personally happy to see back in the World Cup after they missed Russia 2018!

In a near-repeat of the Africa Cup of Nations final Senegal eliminated Egypt after penalty kicks, following a 1-0 victory that had equalized Egypt's 1-0 victory in Cairo. The Senegalese fully deserved the victory as they were the ones looking for it, rather than the defensive Egyptians. That said, the victory was marred by the fans, who abused laser-lights at the Egyptian players, making the match appear like a rave party.

The other big upset was Cameroun, who defeated Algeria 1-2 in Algeria after having lost 0-1 at home. The match had to go into extra time, and after Ahmed Touba scoring an equalizer for Algeria in the 118th minute, Cameroun seemed eliminated, but a goal by Karl Toko Ekambi in the last kick of the match (124th minute!) put Cameroun in Qatar in what was surely a devastating blow for the talented Algerians. At the same time it will be great to see Cameroun back in a World Cup after the missed out on Russia 2018.

Tunisia and Morocco will make up the rest if African contingent to Qatar.

Only three teams remain to qualify, and it will (likely) be decided among these: Wales, Scotland, Ukraine, Peru, Australia, United Arab Emirates, New Zealand and Costa Rica.

El Salvador had no chances to qualify following their recent tie with Jamaica, so in today's qualifier against Costa Rica they had only honour to play for as I went to cheer for them in a lovely sunny afternoon in San Salvador.

Costa Rica did not seem like a team that had a World cup spot to play for, but at the same time their experienced players gave the Salvadoran defense problems, and Costa Rica were leading 1-2 at halftime on goals by Anthony Contreras and Joel Campbell, that most of all exposed Salvadoran defensive mistakes. At the same time Costa Rica let El Salvador play the ball around, but without getting really dangerous, except when Cristian Gil Hurtado was excellently played into scoring position to pass Keylor Navas.

Second half was poor: Costa Rica defended and spent time, while El Salvador continued playing the ball around, but seldomly getting really dangerous.

The victory puts Costa Rica in the top four for CONCACAF, and they may still get third spot if El Salvador manages to take points from Mexico.

In the meantime the long expected qualification of Canada was confirmed as they trashed Jamaica 4-0 at home (they lost their first match in qualification last week to Costa Rica), and it will be interesting to see if they can continue their regional success at the world stage, 36 years after their previous World Cup in 1986 (from which I have an anecdote for another blog-post).

In the meantime congratulations to the four teams from CONCACAF, and for El Salvador, they have to continue growing, and should have a chance at the next World Cup. 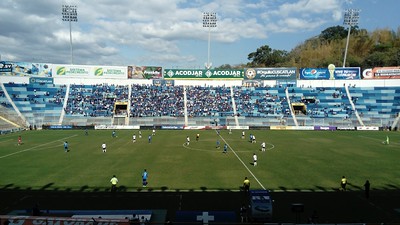 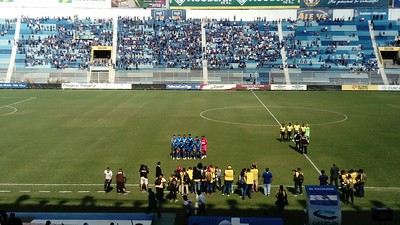 What is VAR for anyway?

In South America VAR is useless. I remember a Copa Libertadores match when they spent 10 minutes reviewing a goal to find an extremely thin offside in a largely irrelevant situation. And today in the qualifier between Uruguay and Peru we saw what appeared to be a goal that had crossed the line not reviewed by VAR.

Aren't these the exact situations when VAR should be used!?!?

Mind you, I support Colombia (who finally scored seven games later, to win 3-0 against Bolivia), and Uruguay's 1-0 victory over Peru means that Colombia can still qualify with one match left (they have to defeat Venezuela and hope that Peru does not defeat Paraguay). However, if the referee and VAR had not conspired, Peru would have had the chance for direct World Cup qualification instead of a playoff, and that is simply unfair for Peru!

Disgraceful refereeing, but I could be wrong. Judge yourself:

Italy will be the most missed team in the World Cup, and that is a tragedy for football fans all over. The Italy that won the Euro this year were the best Italian side, but were defeated today in the World Cup playoffs against North Macedonia in a match where the Macedonians played their only chance: defending and hoping for the counterattack, which they got in the 92nd minute and gave Aleksandar Trajkovski the winning goal for the away side.

Despite dominating the Italians never seemed able to fight their way through, so the Macedonians have every reason to be proud about this huge upset. That said, they are certainly not qualified as they will now face Portugal, who defeated Turkey 3-1 to advance to the playoff final.

If the Macedonians advance to Qatar they will certainly deserve it!

Two World Cups in a row without Italy. Unheard of for a team that only had not qualified in 1958 (in 1930 they did not enter).

When Xavi Hernandez became FC Barcelona manager in November the mighty Catalonian side were in a slump; on the way out of the Champions League and outside the top spots in the League, and expectations were that Xavi would have time to build up a new side.

Today FC Barcelona roundly defeated the La Liga leaders Real Madrid 0-4 at the Santiago Bernabeu, and they played like the Barcelona-side of other times; the result was not larger only thanks to Courtois in the home goal.

FC Barcelona has always had a talented side, even after Messi left, but Xavi has given them confidence in their style; notably the often-criticized Ousmane Dembelé appears to have had a rebirth under Xavi. The team has also been supplemented by some extraordinary players: Ferran Torres (signed in December) was outstanding today, with one goal, and the newly signed Pierre-Emerick Aubemeyang scored two goals.

FC Barcelona are still 9 points behind Real Madrid, who remains likely to win the league, but the result today certainly announces that FC Barcelona is back on the top under Xavi's leadership. They can still win the Europa-League, and after defeating Galatasaray this week, are probably favourites.

Real Madrid in the meantime played what is arguably one of their worst games of the season, and although they remain comfortably on first spot, this result hurts and exposed some weaknesses that were also seen when they played Paris St. Germain in the Champions League. Karim Benzema, who did not play today, was able to punish PSGs dreadful mistakes when everything seemed in their favour. But without Benzema today the counterattacks lacked something, and when going behind, they offered nothing in the way of a comeback. Ancelotti could offer nothing to counter Barcelona's game, and that was perhaps the biggest surprise of the match.

Be sure that we will see much more of Xavi's Barcelona.

As if the world were not already falling apart, Mexican football had to add another example of humans as pure savages. While it fortunately appears there were no deaths (initial reports mentioned up to 10 deaths) in the Mexican league match between Querétaro and Atlas, the violence was disturbing. In this era of social media there are truly disturbing  images and videos of the raw and hateful violence between the fans.

I would imagine apologists would say that the perpetrators were provoked by the taunts of other fans. But as with other violence there is no other excuse than the very human nature that resides inside all of humanity.

Fucking depressing times to live in.