I have been gone forever. I guess I could use the excuse that I have been travelling an awful lot, from Africa, to Europe, to North and South America.
But I have not been thinking much about football. I feel I have lost the passion. I need some help to get it back... And I doubt it is only because my favourite teams Valencia and Brøndby are doing absolutely lousily: Valencia is in the bottom half of the Spanish league with numerous injuries. Brøndby is also way down in the Danish League, and is out of the UEFA Cup and Danish cup.

Things are not going well.

I was in Barcelona some weeks ago, and went to watch Barcelona against Zaragoza: 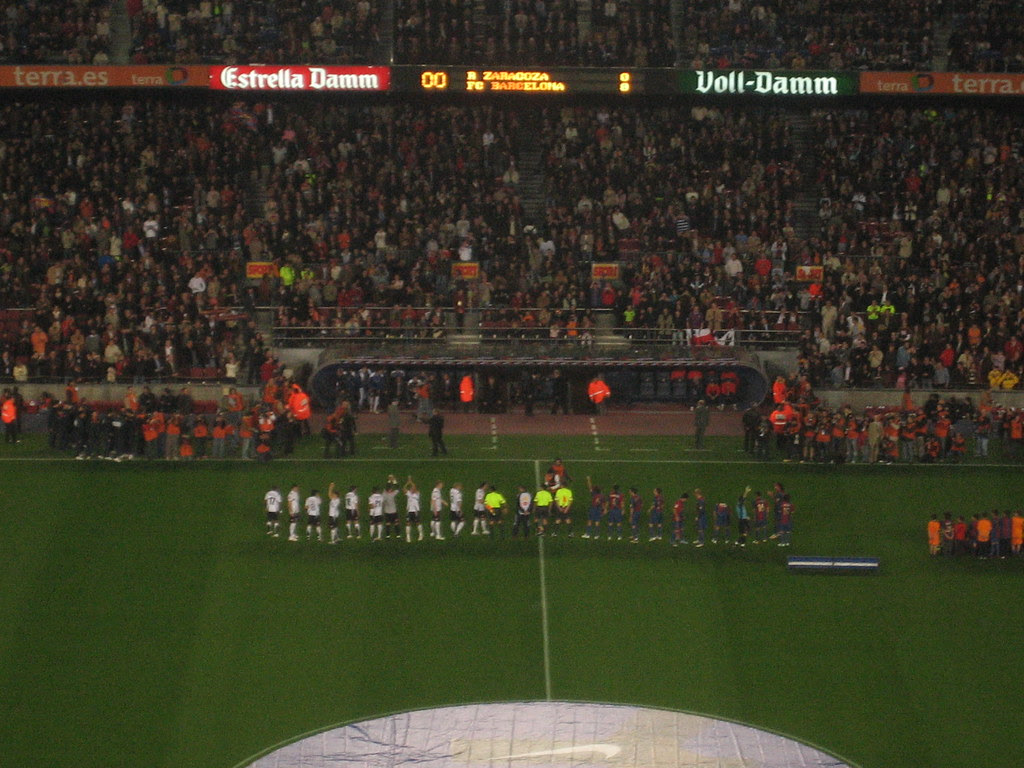 (here, a picture from the match)

Still loving the atmosphere, and two splendid goals by Ronaldinho, the passion just isn't there. I have hardly been watching any Champions League, preferring to have coffee with artsy-fartsy people and go to museums, instead of having four pints in a bar while sweating because my team hasn't scored.

Anyway, I think there is reason to be worried about this preoccupying development in my life. Please if anyone can help me?