The year has for me started a bit oddly, with a lot of travels and work that has not fully permitted me to dwell into football. This is a pity since one of the best tournaments that modern national team football has to offer has started in Gabon, namely the Africa Cup of Nations. And although I have only watched a few matches from my base in Monrovia, it is full of excitement!
Firstly, the hosts from Gabon were eliminated in a group won by Burkina Faso ahead of Cameroon. The most talked about was the elimination of the Gabonese, but credit to a tournament-oriented Burkinabe side and a Cameroon side of indomitable lions who have not gone beyond first round since 2010.
Gabon's elimination was not as sensational as that of the highly rated Algerians, who with a team full of stars were expected to make it far. But a defeat to Tunisia and ties to Senegal and Algeria saw them out with meager 2 points, while an exciting Senegal side won the group ahead of Tunisia.
Another big team eliminated were the defending champions of Ivory Coast. Much was also expected, but like the Algerians they also only managed 2 points with ties against DR Congo and Togo, while losing 0-1 to Morocco in the last all-important match. Morocco are not exciting to watch, but solid, and Ivory Coast's stars seemed to underestimate them. The big surprise was probably the DR Congo, who ended up winning the group ahead of Morocco, and will be one of the sides to watch.
In the last group Egypt and Ghana did what they were expected to do, easily outplaying Mali and Uganda and playing for first place tonight, in a match Egypt won 1-0, playing very intelligently against a Ghana side that could surely go all the way with its experience and talent.
With this great first round, we now have the following quarterfinals:
The matches promise to be great in a tournament full of surprises. Most of these teams follow their dreams of victory instead of dear of losing!!
Although I will not be in Africa to follow all the quarterfinals, be sure I will!
Posted by El Erik at 23:44 No comments:

Today FIFA decided to expand the 2026 World Cup from 32 to 48 teams. This is another decision that will undermine the footballing interest in a World Cup that all fans love, but which has steadily fallen in football quality during this century, and will surely deteriorate more with this.
In the short term the expansion may increase interest in countries that never have had a chance of qualifying. But when these countries lose again and again to other mediocre teams in mediocre matches, it will bring less and less interest among the real football fans, if not among the (many) people for whom World Cup football is nothing more than a Nationalist Masturbation Contest.
We will see more flags and hysteric nationalism, but less quality football.
At least under Sepp Blatter, for all the many things you could criticize him for, football came first. Under the new FIFA leadership it is the short term prospect of making millions to the detriment of the game. UEFA supports it; I am not surprised as they decided to expand the European Championship exactly for the same reason. But at least UEFA presides over the tournament with the best football quality in the world, namely the Champions League; UEFA knows national team football is a dying breed, so why not exploit it...?

I had really hoped that the arrival of Cesare Prandelli as Valencia manager would change things for the (now tiny) Spanish giants. But I was wrong, after only three months in charge, and only one league victory, Cesare Prandelli has resigned in a way that has to make Valencia fans wonder if the problem with the club is the managers (there have been nine managers since 2012) or something more systemic.
Mr. Prandelli's qualities as a manager cannot be doubted, and he is just one among many successful managers who have left Valencia without success. So what is wrong with Valencia? Is it a management who thinks more of numbers than about football? Is it players who have no commitment for the club? Is it fans who are not supportive enough of young talented players?
Or is it rather a combination?
Truth is that Valencia, who ten years ago was among the great clubs in Europe, is now nothing more than a mediocre club that fights to avoid relegation. And as a fan of Valencia, it hurts to realize this.
Posted by El Erik at 17:51 No comments:

In 1986, 30 years ago, I spent a couple of months in Mexico. It was just up to the 1986 World Cup, and I had come from Argentina, and was going to Denmark, and this became, in my subjective view, the best World Cup ever!
So it was interesting when recently I came over some old t-shirts and a cap purchased right before the World Cup: 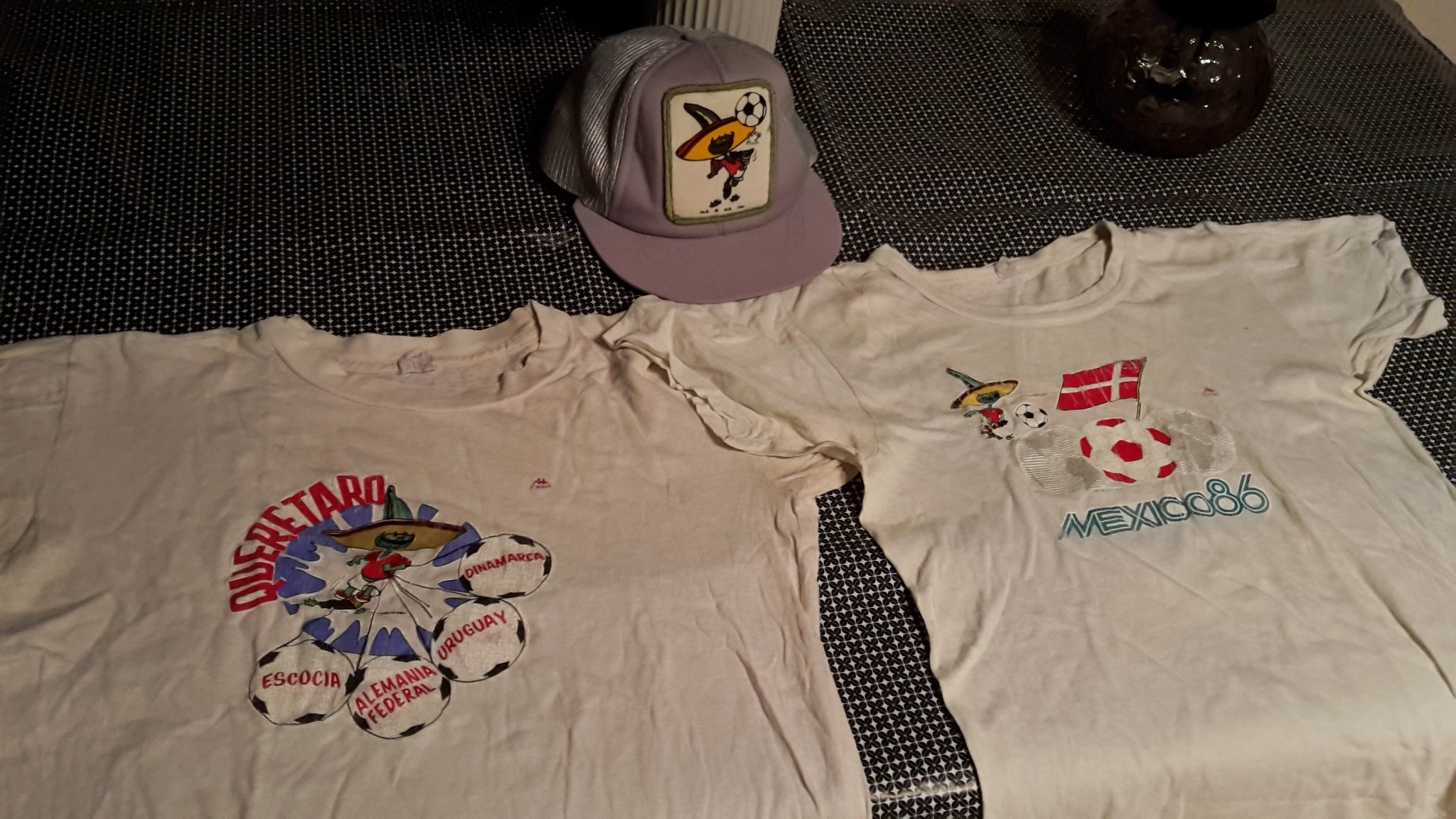 One of the t-shirt had the teams of group E: 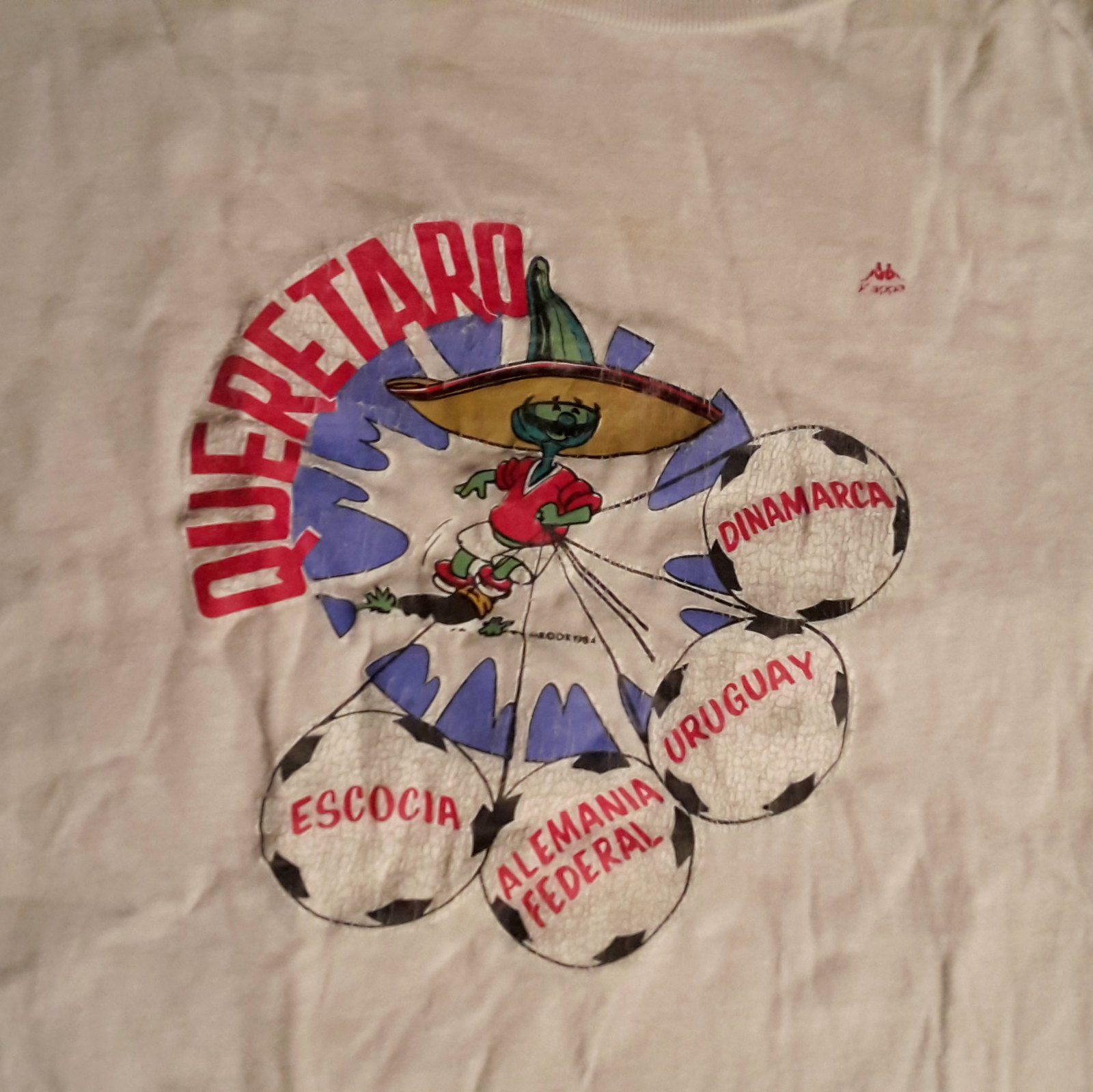 A memorable group won by Denmark (it was their first World Cup) and followed by the later finalists of West Germany. Who would have thought this group was going over to history?
The t-shirts are old and too small for me today, but certainly remain an old memorabilia worth keeping for a football World Cup history fan!
Posted by El Erik at 17:30 No comments: