Beer and football go hand in hand - don't believe otherwise! And I love drinking beers while wathing a football match! This is my personal list of the best beers to drink during football. It must be underlined that the list builds on my experience while watching footbal, and that they do not necessarily constitute what I consider the best beer! In fact, I have to underline that when I watch football, preferably in a pub, I prefer to drink draft beers - so many of these are drafts, but I will mention which ones I would prefer as drafts.
1) Stella Artois: A draft pint of Stella Artois is actually the best beer to watch football. I have greatly enjoyed it in Brussels and in London watching football, and it takes the top spot for being a delicious draft and good in pubs for great matches.
2) Kronenbourg: This is a delicious draft, but not available in most of the places I have been at. In fact, I only remember drinking these in Paris, one afternoon watching football by myself.
3) Tuborg Classic: This is the draft pint I usually get when watching football in Copenhagen. It is a fi 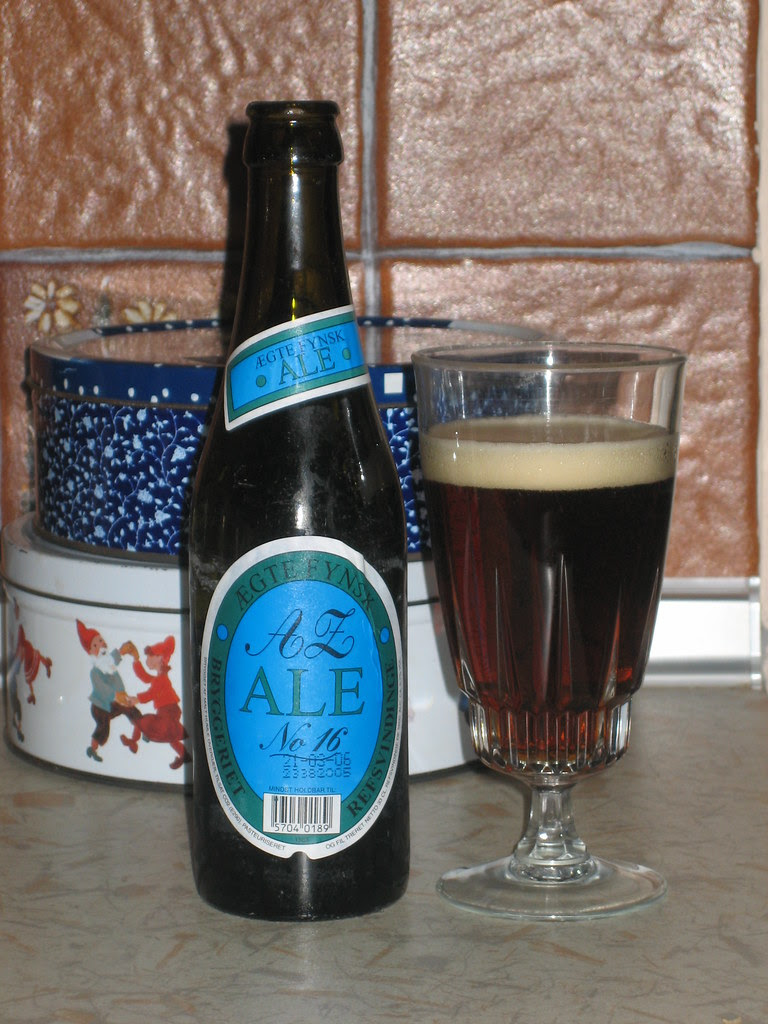 ne beer, much better than the "normal" pint.
4) Carlsberg Special: In Copenhagen, if they don't have the "Classic", I usually drink this.
5) Refsvindinge Ale no. 16: My family lives in Fyn, near the brewery that brews these delicious ales, and it is therefore the only ones they drink. I have often had one or two of these when watching football at my parents place. 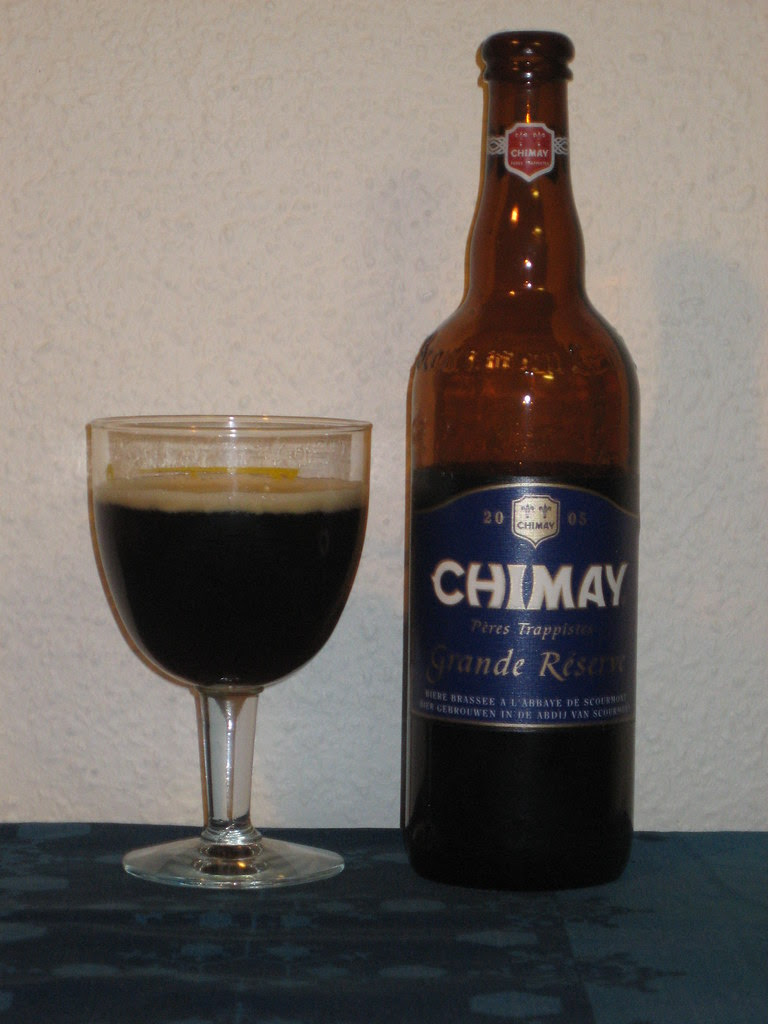 6) Chimay Blueu: This is a delicious Belgian beer, but is quite heavy, and I am unable to drink any more than two for a match, so it is usually not the kind of beer you have over a long match with many friends. It is best enjoyed with a great match where you don't necessarily support either team!
7) Cruzcampo: I have had plenty of these when watching football in Spain over tapas, a 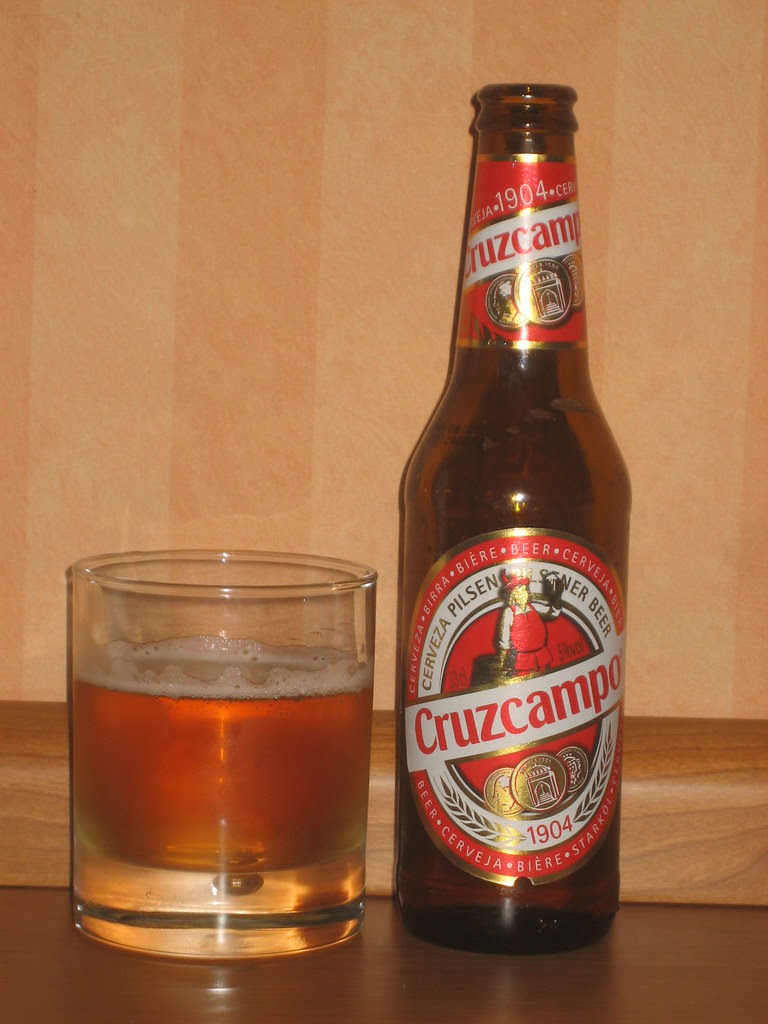 nd therefore, this beer is quite special for me. It is not the best in the world though.
8) Heineken: With a list that includes Carlsberg, it is surely necessary to include the Dutch champions league sponsors. Their pints are ok but somewhat borin, similar to the normal Carlsberg (which is why I normally drink Classic), but you can drink a lot of them!
9) Jupiler: I would often go to a pub near Schuman to watch football when living in Brussels, and I would always have "a pint of Jupe", meaning this beer, which is not bad, although it has a bad reputation for some reason.

After the spectacular performance at the Confederations Cup I think there were great expectations to the US team as they went into the Gold Cup - the nearest thing to a Concacaf regional trophy. And the US seemed on the way to fulfill these expectations as they were to face the arch-rivals from Mexico in the final of the Gold Cup in front of 80,000 spectators in New Jersey. After 0-0 at half-time Mexico was awarded a doubtful penalty kick that Gerardo Torredo scored on. After this, the otherwise solid US side fell apart, and Mexico humilliated the US 5-0, winning on US for the first time this century!
This fifth Gold Cup title is surely good for the Mexican's confidence as they struggle to qualify for the World Cup, while it is surely a huge disappointment to the US. However, I don't think this is necessarily bad for the US: as they have now been brought to the world's attention, they nevertheless need to keep their feet on the ground, and enter next year's world cup with some necessary humility, no matter how disappointing this match may have been. This was an extraordinary result, and I still think the US is a better team than Mexico overall.
Posted by El Erik at 14:04 No comments:

Start of the Danish Superleague

The Danish Superliga started last weekend on its season 2009-10, and already there have been some interesting results: My favourite Brøndby is looking even more disappointing than last season after losing to Esbjerg and 2-2 against OB. The Odense team is supposedly one of the strongest teams this season, and have also started well with the tie against Brøndby and a victory against Sønderjyske. The defending champions of FC Copenhagen started out with a surprising loss away to FC Nordsjælland, but this week they showed that they are still favourties for the title by smashing the new superliga team from HB Køge by 7-1. Køge is already on the way down.
The other newcomers, Silkeborg IF started the league by 1-1 against HB Køge, but this week went to first spot by defeating FC Midtjylland 4-0 in a long-awaited local derby in central Jutland. Surely the ambitious FC Midtjylland must be in pain after such a thorough defeat!
Posted by El Erik at 09:25 No comments:

In Danish "Agurketid" means "cucumber time", to denote a period with almost nothing in the news. I guess these days are football-agurketid for me. Sure there are matches in the Libertadores, first round CL qualifiers, the gold cup, as well as numerous rumours about transfers (although most are about Real Madrid), but without some of my favourite leagues there is not much to talk about. Of course, this has been good for making some research on some lists I plan to do: top-10 beers to drink while watching football, top-50 World Cup goals, top-20 greatest World Cup matches.
As I am spending some days in Århus, and today I ran by Århus Stadium, I thought I would look a bit into the major football team of Århus, AGF. Although they have traditionally been one of the major teams in Danish football with five Danish Championships and nine Danish Cup titles, as well as the record of 65 seasons in the Danish top league. In spite of this, the club has had disappointingly bad results ever since 1996, when they finished second in the league and won the Cup.
This is of course hardly satifactory for a team with strong traditions and the second city of Denmark, and there have been investments in new players as well as in the new coach Erik Rasmussen, who had a succesful run as coach in FC Midtjylland. Although ending only 6th last season, I think most observers of Danish football would rank them as outsiders to do well, with players such as Jakob Poulsen, Peter Graulund, Ulrik Lindkvist, as well as some foreigners, including Englishman Mark Howard, the US national team player Benny Feilhaber.
However, personally I think their team is too narrow, I hardly believe they will make it beyond 6th place next season.
Anyway, I must have been really bored to start looking up things about AGF!
Posted by El Erik at 15:28 3 comments:

I was just looking at some information on USA in the world cups and came across a mystery which I would like to hear if someone knows more about.
The USA made it to the semifinal of the very first World Cup in 1930, in Uruguay, where they were destroyed 6-1 by Argentina. The other semifinal was between Uruguay and Yugoslavia, with Uruguay also winning 6-1.
Now, according to official information, there was no game for third place, which was thus shared between the USA and Yugoslavia. However, according to a 1984 FIFA bulletin (which I have not been able to find, but have found some references to, notably from RSSSF), there was a match for bronze, which Yugoslavia won 3-1!

How can there be no information on this? What about some notice in a Uruguayan newspaper from the time, or, even better, some of the players that played back then? Of course, most have probably passed away, but some of them became great players and passed away at an advanced age, and might be able to tell something? I found that Aleksandar Tirnanic was the young star of the Yugoslav time and coached Yugoslavia in the World Cups of 1954 and 1958, and only passed away in 1992. Bane Sekulic passed away in 1968, but coached Switzerland, Red Star Belgrade and Juventus, while Blagoje Marjanovic passed away in 1984.
Of the US players there is even more information, as there has been controversy on whether they were actually legit to play, as many were important Scottish and English players. The point nevertheless is: don't any of these people or their descendants have any information on this forgotten match?

I would love to hear if anyone has any information!
Posted by El Erik at 16:35 3 comments: