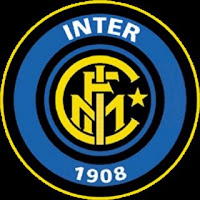 One of the best but also frustrating things about football is that it is just like life: it is fun, but can be sad, happy, unfair, annoying; sometimes the ones that play most beautiful win, but other times, cynicism, cunningness, intelligence or mere spirit win a match.
FC Barcelona have been an example of beauty and skill over the past seasons, but tonight they got eliminated by a better Inter team that did not play as entertaining, but who nevertheless won through discipline and fight. FC Barcelona completely dominated the match, in particular after Thiago Motta's early red card; they were in complete possession, but were given so little space that their open chances were almost non-existant. In spite of the late goal by Piquet, it was always doubtful that the Catalonians, in spite of their possession and dominance, could score a second against such a powerful wall that had been built up in Inter's defence.
The match ended 1-0 for Barcelona, but it wasn't enough to upset the well-deserved 3-1 victory to Inter from the first match.

Although the season is not over yet, the title as best team of the world is looking to be passing from FC Barcelona to Inter Milan this season: the Italians now have a good chance of winning a triple (Italian Cup, Italian triple and the Champions League), while FC Barcelona only has the meagre Spanish league title to fight for (meagre as the Spanish league is basically a two-team league, with the rest being second-class European sides) - one they may yet lose!
Many people will perhaps not be happy about this passing of the title from a team that has thrilled by its offensiveness, to a team whose strength lies in discipline and fight.
But hey, that is life!

Congratulations to all Inter fans, and may I count myself as a small one!
Posted by El Erik at 01:42