Landing in Brussels you could feel the World Cup atmosphere. There were flags and signs about the Red Devils everywhere. For a country so divided, it is amazing to see that the power of football can unite it in such a way. Football is one of the only reasons that the country remains united.

Belgium is not only a very nice country, but their football team has always been over-performing underdogs. In the 1980s they were surely among the world's best; I did see Belgium shirts with Mexico 86 on it, a year where they made it to the semifinals, where only Maradona's genius tore them apart. Their last World Cup appearance was in 2002, so they are eager to return to the world with their much touted side.
I watched the match in a crowded bar on Place Luxembourg, a square where the European elites hang out before and after they have been doing their things. It is a fun place to watch football as there are usually people from all over the world, but this day the square was wonderfully red in the Belgian colors.
It seems the Belgians suffered more than they had  expected. The Algerians were packed in the back, barely daring to move forward. In what was almost their only attack the referee gave them a  very doubtful penalty with which Sofiane Feghouli  brought the North Africans ahead.
The Belgian fans were suffering as their team pushed forward against a white wall. In the second half Marc Wilmots made two changes: Dries Mertens and a young Divock Origi came on. To everyone's surprise Romelu Lukaku went out. But Wilmots was right.
It was Marouane Fellaini who broke the wall when he scored with his hair, and ten minutes before time the Belgians for the first time caught the Algerians in the counter-attack, and Dries Mertens made it 2-1.
The Belgians in Place Luxembourg celebrated as if the World Cup had been won. This was really football passion! In fact, later, downtown Brussels was also full of celebrating fans with a lot of police guarding or rather protecting the smallest group of Algerian fans.
Happy for Belgium, I felt a bit sorry for the Algerian fans; but their team was not very good to look at.
I stayed in Place Luxembourg, less crowded for the Brazil-Mexico match. There was a group of lively Mexicans who saw goalkeeper Guillermo Ochoa be the star of the match with some fantastic saves. At the same time Brazil was very disappointing, although you have to grant the Mexicans that they have always had a good take on Brazil. But 0-0 is always a disappointment when we talk about Brazil, and the home side must impress more if they are not to start losing fans.
I watched the last match in a rowdy and a bit scummy bar in downtown Brussels. It was a match that could have gone to both sides, so 1-1 between South Corea and Russia is well-deserved, although the Russian goalkeeper Igor Akinfeev must like Coreans because he gave them a goal. In the end it plays into the hands of the Belgians, who are leading the group and despite the problems they had, they can beat both South Corea and Russia. 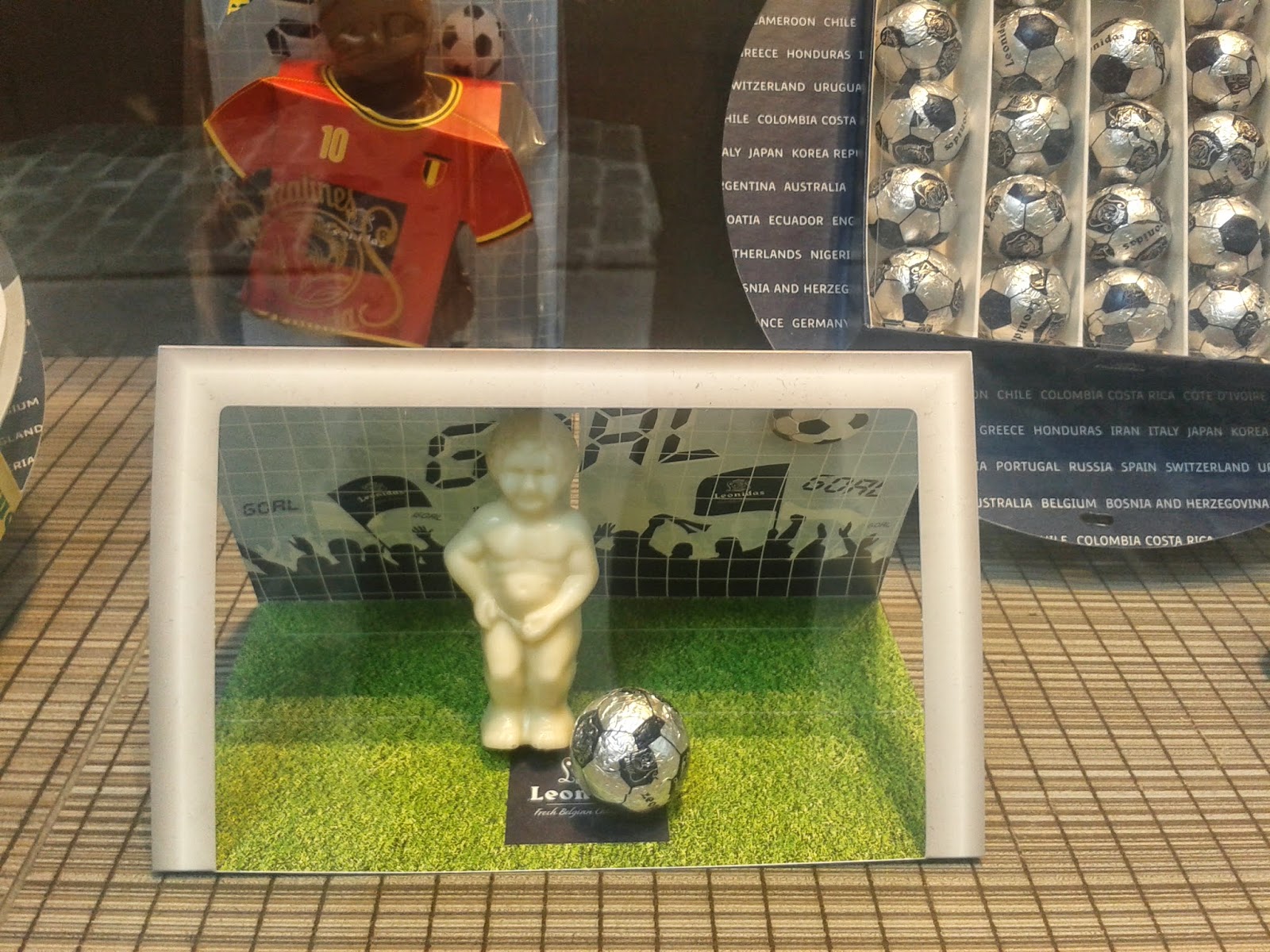 Thanks for the post about World Cup. Just a tip about those who don't live in countries that stream world cup online. You can use UnoTelly to remove the geoblock and stream World Cup 2014 in your country free worldcup.unotelly.com

So, I see many football fans are wandering around trying to find the best way to watch FIFA world cup 2018 live online. I’ve figure out a way and it’s not that difficult to be honest. Here is the link to how you can watch FIFA World Cup online straightaway! Watch Fifa Worldcup 2018