Denmark did not qualify to the World Cup, but this has not dented world cup fever in this small Scandinavian country. In fact, it is nice to see the world cup with fans without a dog in the fight, who nevertheless understand the passion and enjoy to discuss the game.

On top of all this, it was a lovely sunny day in Copenhagen; one of those days where the streets are full of music, beer drinking, beautiful women and cheerful crowds. No city in the world is as wonderful as Copenhagen on a day like yesterday. It was the perfect build-up for the semi-final.

I must admit that after yesterday's Brazilian debacle (it is still hard to believe) I was not optimistic regarding Argentina's prospects in the semifinal against the Dutch. The Argentines have given a lot of space and have taken pace out of their matches. It seemed to me that Europe would totally conquer South America.
So that is why I decided to play it safe and not wear my Argentina shirt (four years ago I wore it for the Argentina-Germany quarterfinal in a bar full of Germans in Brussels, and that was not a good experience).
After the great day I went with a group of friends to watch the match at a beautiful area by the harbor of the city called Islands Brygge. This is where Danish TV, Danmarks Radio (DR), has set up a World Cup fan area with giant screens and beer sales. It is from there that the DR football pundits, led by the former player Peter Moller, comment on the matches.
This has also, during the tournament, become the place to watch matches with fans of all nationalities coming through Copenhagen. Yesterday was no exception with a large crowd of orange Dutchmen and another large crowd of noisy and partying Argentines, who sang and screamed their way through the match. I could not help to get more and more smitten by their passion, and was fully immersed in the match as it progressed.

The Dutch have been strange in this tournament. After their flying start against the Spanish World Champions, they became steadily worse throughout the tournament: it was as if the fear of losing won the farther they got, playing more defensively and lacking creativity in attack. We saw it in their controversial last minute win over Mexico and their disappointing 0-0 with the Costa Ricans, where they continuously ran into off-sides.
Against Argentina they did not seem to have improved, although a strong Argentine defense, that has grown throughout the tournament, must be credited. Javier Mascherano played a fantastic match as holding midfielder, and hopefully Barcelona is watching.
Argentina were indeed the better team, creating the few chances of a very tactical match. In the end it was the first 0-0 semi-final in World Cup history (we have had two historic semi-finals!), and penalty kicks were perhaps predictable.
Argentina have always been good at penalties, and this time looked as good as every other, with Sergio Romerio saving two penalties. The Monaco keeper has been one of the stars of Argentina in this tournament, and hopefully he will find a new club and get more games after the tournament.
Yes, Argentina play boring, but this is not equal to playing badly. Rather it means that the Argentines do not risk much. And when their (for some) fearsome offensive power is marked closely, as it has been throughout the tournament, they look boring.
But they are in the World Cup final; without playing violently, without referee help, without controversy. It has all been about hard work, concentration and consistency for Argentina. Germany are favorites after their trashing of Brazil. But this is not to say Argentina are without chances, and that Germany should underestimate them. Argentina will work hard and fight to the last drop to get the title in Brazil.

And I will be wearing my Argentina shirt for the final. 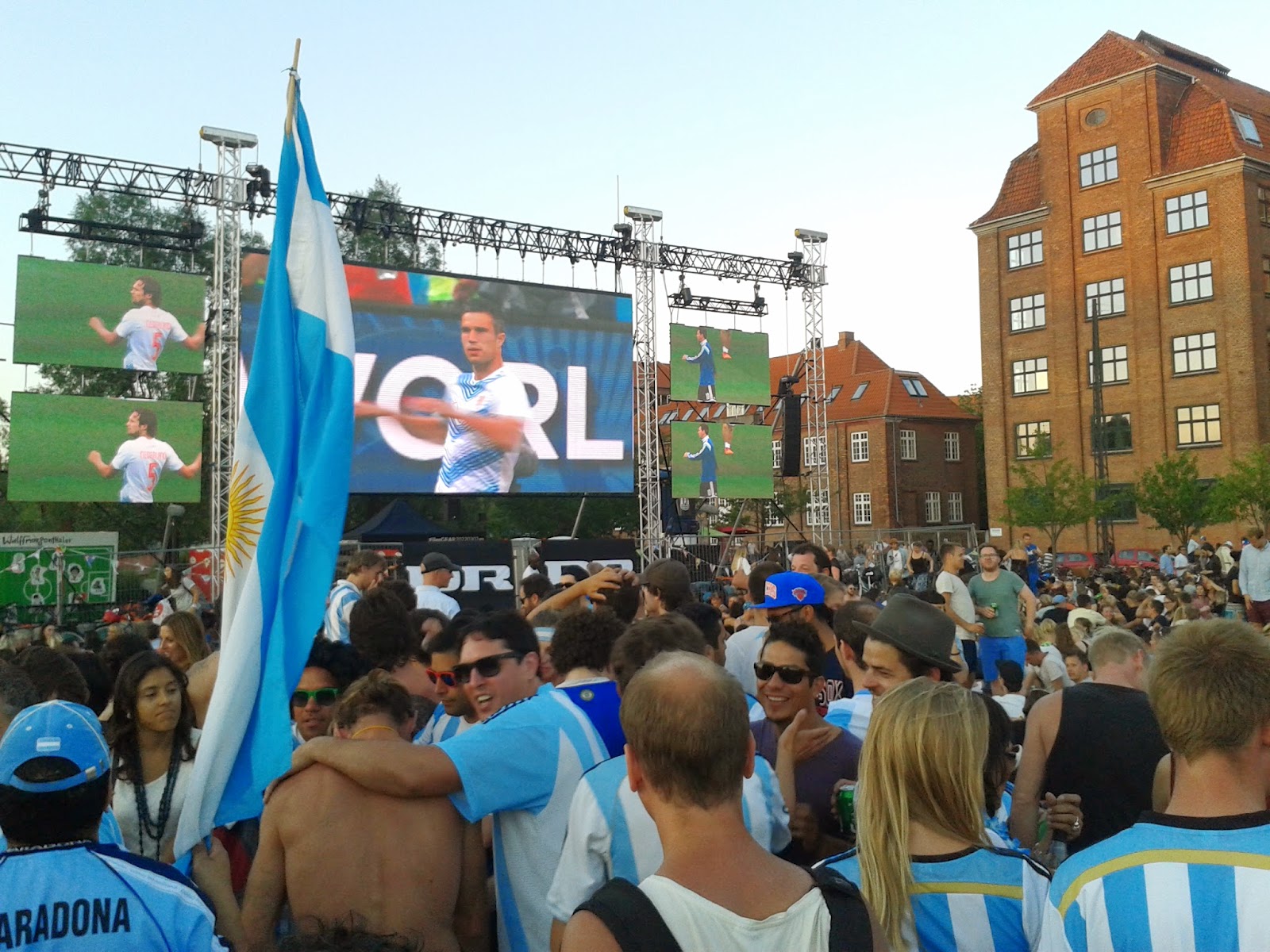 I share your perspective, it will be a close final, no stroll in the park.