The sun was shining in Paris, France, before their last-16 match against Nigeria. It was a city that nevertheless seemed to have more in itself; it was not draped in flags just as Belgium or Netherlands. Still, you could clearly see that the city would leave the cafes, restaurants and galleries at 6 PM.
I did some tourism and went to the Pantheon, where men and women who have contributed to the French nation are interred. Voltaire, Rosseau, Emile Zola, Alexandre Dumas and so on and so on. If France had a Pantheon of footballers it would also be full of greatness.
France is a great nation both on and off the football pitch. And one of the reasons I like France is that they know that winning a football World Cup does not make you a great nation. It is great fun to win it anyway!
I watched the match in a cozy small pub full of French fans in the Latin Quarter. Some fans sang the national anthem with pride and some reluctance. The extreme right has hijacked national symbols in France, and in much of Europe. While football remains one area where nationalism can be expressed across the political spectrum, overtly open expressions are done with reluctance.
The French suffered; Nigeria started best. But I think that the French were patiently waiting until their better form got them into the match. In the second half only poor striking and a fantastic Enyeama were making the French suffer.
And suffer they did until Paul Pogba released all the repressed frustration of the French fans with the first goal. When Antoine Griezmann made it 2-0 at the end, the entire bar was celebrating, and they even started to play Queen's "We are the Champions".
Talking about overdoing their celebrations...
It was fun, but there is one thing to dislike about France: their violence. Mamadou Sakho should have been expelled and suspended for the rest of the tournament against Ecuador. And today Blaise Matuidi joined that list by an outright brutal tackle on Ogenyi Onazi that saw the Nigerian being carried out with a serious injury.
Matuidi did not get a red card, but if FIFA is serious about fair play, he should also be suspended.
But FIFA only suspends Luis Suarez...
I asked a Frenchman whom they preferred to face in the quarterfinals: Algeria or Germany? He said "Algeria" without hesitation. When I asked whether it was because they thought they could beat him, he just laughed and did not reply. I was in a pub called "The Bombardier", and most people supported Algeria. It could also be because Algeria has so many players who are French-born.
Could France have defeated that fantastic and fighting Algerian side that was eliminated by Germany? We will never know. But truth is that it was one of the best 0-0 matches I have seen, not least because of two outstanding goalkeepers: Rais M'Bolhi and Manuel Neuer. The former had many impossible saves, while the latter acted as much as a sweeper, saving the slow Mertesacker against the pressure of the Algerian players.
You could see the relief of the Germans when Andre Schurrle scored. While the Algerians tried to push forward you could sense that they had no more energy after their heroic match. The last two goals for Germany and Algeria respectively, were more an expression of how tired everyone was.
The French fans are satisfied nevertheless. Everyone is proud of what Algeria achieved. And certainly, they softened up the Germans before they are to face France!

What a great football day in wonderful Paris! 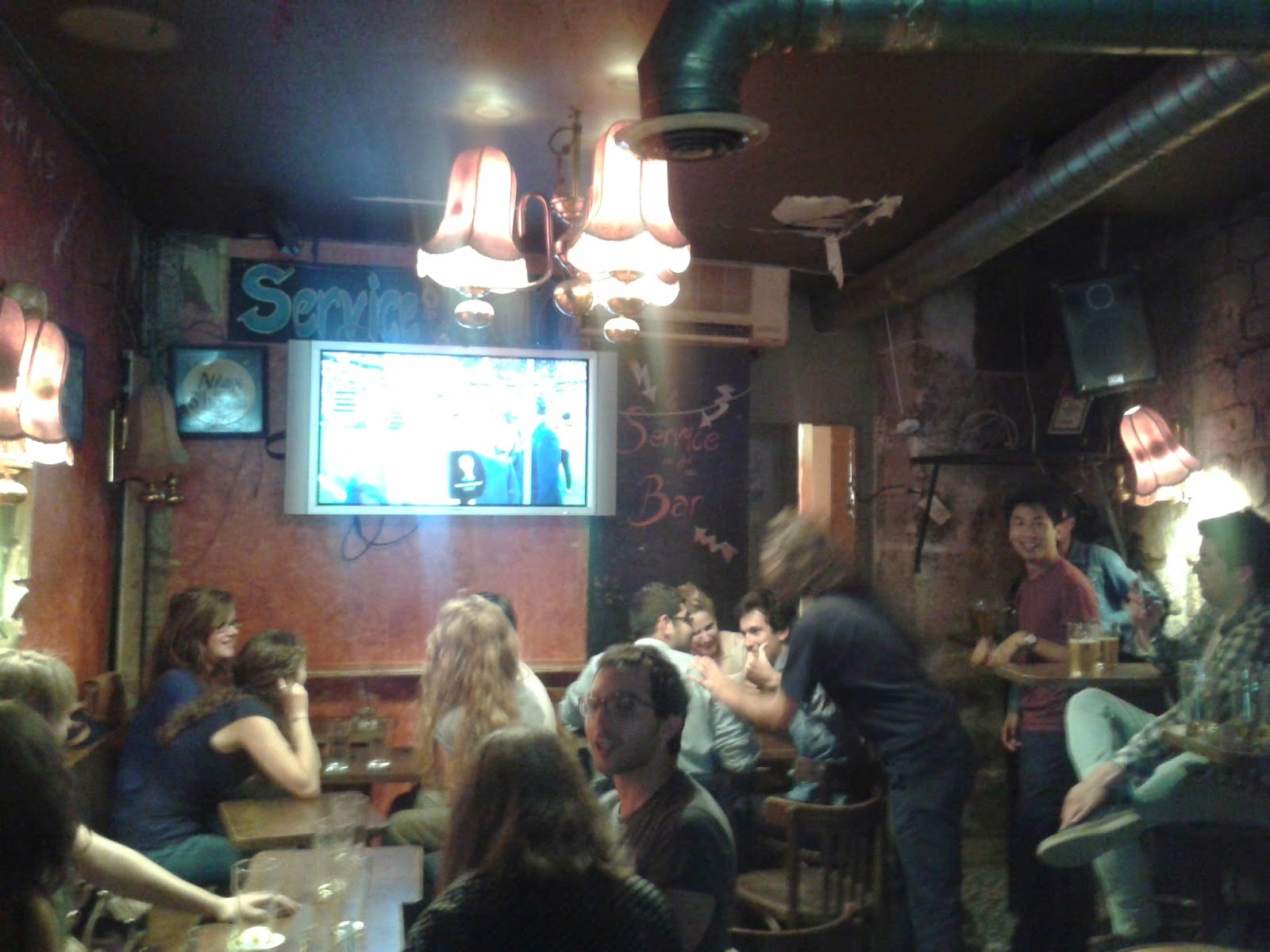